Silliness is undervalued. By this I don’t mean stupidity but having uninhibited fun. It is the opposite of pompous and stiff behavior or calculated coolness. Adults are able to get away with being silly playing with children and pets but in other situations it is usually discouraged. Well silliness in its true sense makes us happy and has inspired all kinds of creative artworks. It is an antidote to gloom and unpleasant situations. We should never repress our innate silliness.

From school age we are told to “stop being silly.” But probably the best moments of school life were the ones where someone was being silly and these were often anxiety relievers. Those crazy conversations had with one’s peers, the jokes, the funny sayings you will never forget and the mad games you made up together. And there was always a classroom clown who could crack everyone up with some really silly comment. It may have annoyed the teacher but it was usually a breath of fresh air, especially in a boring class.

Once grown up many people become afraid to behave in a silly manner in public. It is frowned upon and subject to authoritarian disapproval in numerous walks of life. The entertainment and arts industries are usually the only acceptable areas where it is actually encouraged. Comedians, cartoonists and writers of humor spread their joy into the world and make us laugh at silly scenarios and the foibles of human nature. They have a license to be silly.

We should celebrate the local eccentrics in our communities. They put us in a happy mood with some of their silly antics. Often they are performing the function of a medieval court jester and poking fun at the government like Lord Buckethead did in the last UK elections. Or they are creative people who love to live a flamboyant lifestyle like Melbourne’s famous milliner, Richard Nylon, who delivers his hats on a Penny Farthing bicycle. We need people like this in the world. They turn silliness into an art form.

Everyone should be allowed some silliness in their lives. When you are engaged with crazy, whimsical thoughts or actions this can inspire some very creative ideas as well as making you feel better. Don’t leave it to someone else to give you this feeling. Get out and do something silly. Ellie and I play the ukulele with others and sometimes sing very silly songs. There is an amateur drumming group who get together in a local park and have fun on weekends and a group of people who go to the beach some mornings just to laugh for the sake of it. One of our friends does tap dancing and has performed in stage shows and in parades and has had a great time.

Being silly can be as simple as playing some board games with friends. Just don’t be too competitive or it will spoil the fun. Or you could make a kite and fly it in a park. Ellie and I did this as teenagers. We got it airborne but it eventually crashed and broke. It was fun while it lasted. 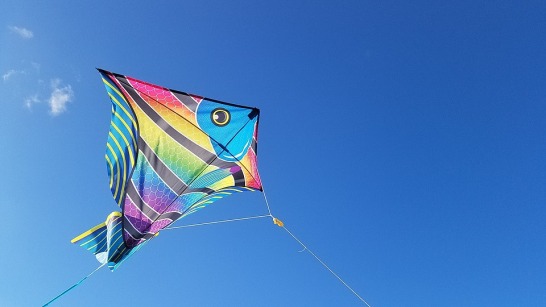 You could also make really silly sandwiches, with multiple layers just for the hell of it and serve these to guests. Wear a crazy scarf, patterned socks, colourful shoes or something slightly silly to work just to brighten up your day. But remember there is a fine line between silliness and annoying. You know, like the awful office comedian (think Ricky Gervais as David Brent in The Office). Don’t force the silliness. Keep it natural.

If you like to dress up in costumes there are Cosplay events in most cities. You can become a fanciful fictional character. Some of these are quite silly in a good way. One summer’s day Ellie and I attended a costume picnic with about a hundred people in a city park. On the way to the event we may have had some strange looks from passers-by, but lots of people did smile, as it is not something you see everyday. It was great to be with so many happy, creative people laughing and enjoying the moment. There were people with bubble makers producing giant bubbles, lively drummers and some knights having a sword fight. This was not an official event but organized by some local costume enthusiasts online. We need more of these types of things these days with groups of people making their own entertainment. There is nothing like getting together with like-minded people for some harmless silliness.

Whatever you do there are many others who also long for some silliness in their lives and are more likely to smile than frown and will want to join in on the fun. You will feel less stressed and come up with all kinds of ideas.

I love bands that aren’t afraid to be silly. The Australian group Mental As Anything did some great songs in the 80s with some silly videos, like the whimsical If You Leave Me can I come Too.