After some dreary days in Melbourne, the sun has been coming out intermittently and I have finished with macabre subjects for a while. Time to get out and do things with others, which can be very uplifting especially if you are doing something creative together.

Working with others on a creative project is not only more fun but the results can be so much better than if you do it alone. You can bounce ideas off each other, give suggestions for improvement and exchange knowledge. If you have someone with whom you can collaborate that is good and if there is more than two people even better. Extra energy is generated when you are part of a group.

From school projects you learn to work with others. I have very happy memories of our end of High School party. A group of us got together and made painted banners to fit the theme and each contributed ideas. Not everyone was good at painting but this did not matter. Those of us who had more skill did the difficult parts. There were plenty of areas to fill in with colour so no one felt left out. We ended up with large banners from our combined effort and they looked fantastic at the party.

Visual art has long been full of groups of artists collaborating on the same work. Renaissance and later artists ran studios where apprentices did much of the preparation and under painting and the master added final details to the work, which would bear his signature. Everyone would benefit. The students would learn new skills and enable the master to produce many more paintings than the would on their own. Artists have continue to work in groups devoted to similar interests using many mediums. For instance performance artist groups, like the anonymous Guerrilla Girls, have taken art outside of the gallery system. Group artworks are boundless. 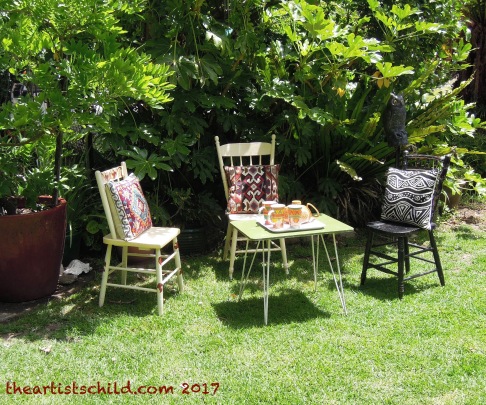 Writers collaborate on all kinds of works. One of my favorite jointly written works of the fantasy/science fiction genres is the Empire Trilogy by Raymond E Feist and Janny Wurts. Often the screenwriting for film and television productions is undertaken by a group. There are a lot of websites devoted to collaborative writing if you Google the subject, with ideas and advice for those who would like to try this or have a project in mind. My only experience of writing with someone else was when I wrote some songs with a friend. I did most of the lyrics but we did throw ideas around to improve a song.

Musicians have always collaborated, from medieval troubadours to rock bands and everything in between. Some famous examples of modern group collaborations are Queen and David Bowie’s Under Pressure and the combined talents of George Harrison, Bob Dylan, Tom Petty, Jeff Lynne and Roy Orbison in the Travelling Wilburys. 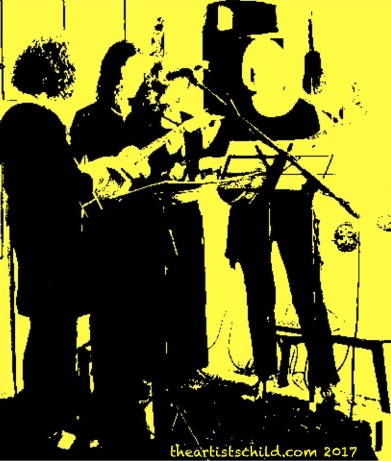 For years Ellie and I have been doing music together. As sisters we can do vocal harmonies that sound unified because of the similarities of our voices. I was saying the other day that it is a pity we don’t have another sister because then we could do three part harmonies. But you need to go with what you have in this life and if something is lacking try another way of doing it. Over the last couple of months we have been working with another ukulele player, who is also a violinist and this has given us a fuller sound. His knowledge of music and violin skills has enhanced and has made a world of difference to our performances.

Getting together with like minded people in a club or group associated with your creative field of interest is a good way to find others to work with or start your own group by advertising on line or in local papers. Often it just takes a bit of action on your part to get others involved.

You don’t need to be an artistic genius or musical virtuoso to work with others. In fact you will learn a lot of new things, contribute ideas and hopefully have an enjoyable experience.

I had a toss up between including the Travelling Wilburys Handle Me With Care or the 2004 tribute to George Harrison, with Prince’s amazing guitar solo on While My Guitar Gently Weeps. Too hard to choose one so here are both.

launches a project every month