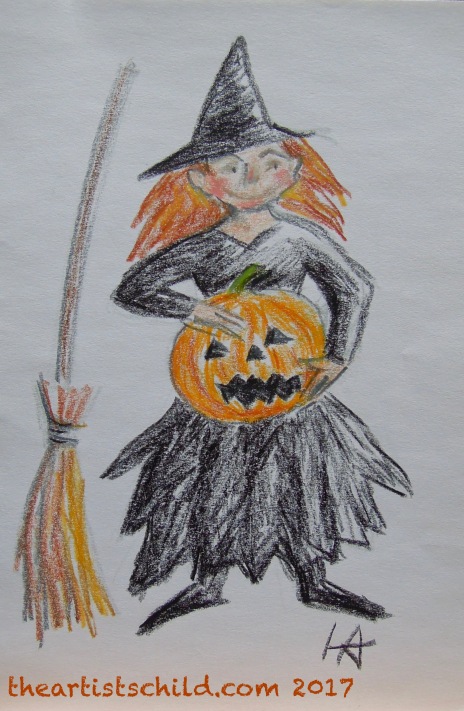 Over the past ten years in Melbourne the festival of Halloween has become more widely celebrated and seems to be getting more commercial with large public events in many shopping centres. The St Kilda Town Hall even has a hugely popular Haunted House experience. We are increasingly getting Halloween themed catalogues in our letterbox advertising elaborate and expensive decorations and costumes, as well as the usual treats. Before all this commercialization most local Halloween celebrations were limited to home parties where decorations and costumes were usually homemade and trick or treating was rare.

Magazines used to be the main source of ideas for making party decorations and costumes. We have that really old party magazine from the 1890s, mentioned in a previous post, which has a wonderful section on Halloween, as well as the more recent Australian Women’s Weekly Home Library publication, Perfect Parties. No one was expected to spend a fortune and it was so much more fun and creative to make things. 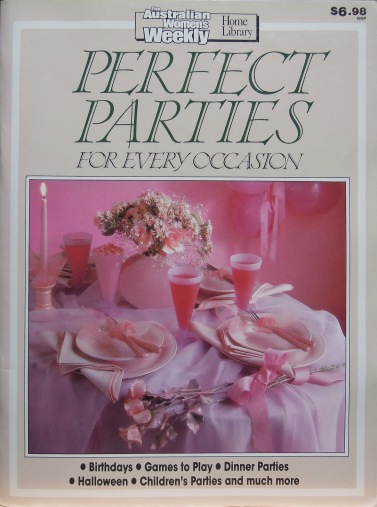 As children Ellie and I had a Halloween Party. As there was little available in the way of decorations, except for plastic spiders and orange and black balloons, we invited some friends for a sleepover before the party and had a great time making decorations for the family room and garden. Out of black card we cut black cats, owls, bats, broomsticks and the like and hung these from sticks of bamboo to create mobiles. 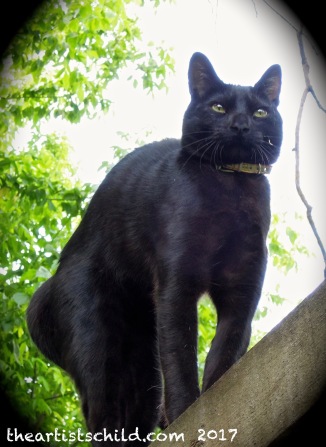 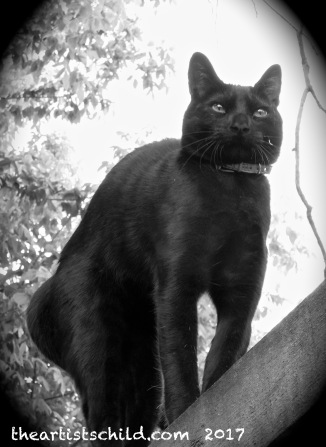 In one corner of the garden we built a witch’s house against the side fence with a sheet of corrugated iron for the roof and bamboo poles (cut from the garden) tied together with twine to form the walls and a window. We painted a sign that said “Witches Hollow”. In front of this structure dad made a tripod from wooden poles and hung a cast iron camp oven for a cauldron over some unlit wood. These days you can have a fire in a metal fire pit. Probably one with a wire safety grill is best to protect from dangerous sparks. 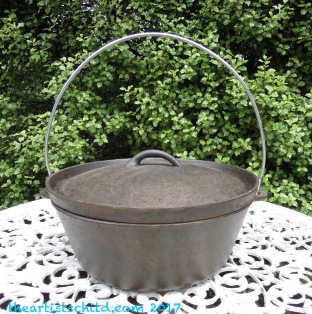 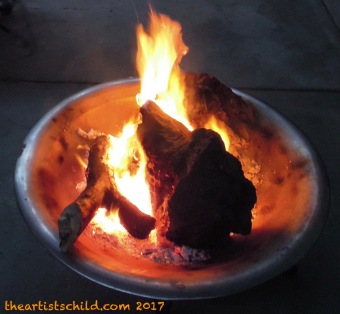 A decorated table is a wonderful centrepiece for a Halloween party. You don’t need to buy special tableware. Our grandmother gave us a vintage tablecloth with embroidered black cats, but you could make a tablecloth from orange fabric or just use orange crepe paper decorated with cutout black cats, bats, owls etc. She also made us a beautiful cake decorated with black cats. It is easy to make cupcakes and decorate these with black cat sweets, jelly babies and snakes, together with orange or chocolate sprinkles on plain white icing. There are so many creative ideas around for making Halloween food these days, especially online. Fresh fruits and vegetables, like pumpkins, turnips and tomatoes make great table decorations and are a reminder of the autumnal origins of Halloween, even if it is spring here. And you can use them to make a soup or put them on the barbeque after the party.

Only recently in Australia has it been possible to get large orange pumpkins to carve at Halloween. Supermarkets now have these to buy for the occasion. We had to make do with the green kind. Our grandfather carved a jack-o-lantern out of a pumpkin and fitted it with an electric light bulb to put on the front veranda. He also had a very old papier-mache mask of a skull and put a bulb in this as well. They looked wonderfully spooky to welcome the guests. Now front porch decorations seem to be becoming more elaborate and more common here, but you don’t need to buy frightening manikins that cost a heap. A homemade scarecrow could look just as creepy especially if you give it a scary clown face. 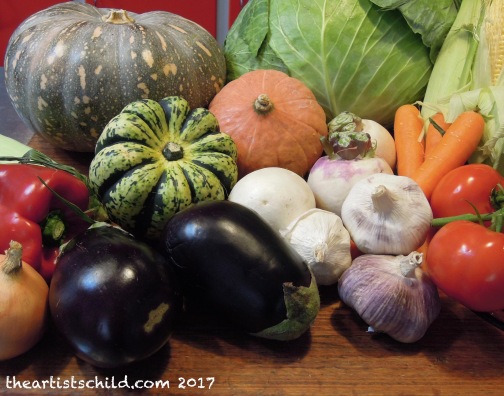 Most people who came to our party had homemade costumes. I created one from a long white satin bridesmaid dress that I had worn the previous year. Over this I wore a filmy pale blue robe of my mothers and made a cone-shaped hat from white cardboard, stuck on some gold stars, attached a filmy white scarf from the peak and stapled some hat elastic to keep it on. With a wand made from a piece of silver painted dowel I was a Sorceress. Mum made Ellie a skeleton costume by sticking white electrical tape to a black polo neck top and tights.

Guest’s costumes ranged from the usual witches or ghosts, to someone dressed as a pea pod with green balloons for the peas. There were some very creative costumes, such as a hand painted skull and crossbones outfit and a witch doctor, who had lots of small handmade mojo bags attached to a belt. I remember we all had a great time dancing to pop music and playing Murder in the Dark, which still seems to be a popular party game. Of course there were prizes for the best costumes and little bags of treats for everyone to take home.

With a bit of creativity you can avoid a lot of the cost and over commercialization of Halloween and still have a great party. And if it is for just for adults, substitute more appropriate food, drink and entertainment. Be as crazy as you like. Why should kids have all the fun?

Probably one of the best songs ever written about a ghost is Kate Bush’s Wuthering Heights. The famous “red dress” video of this song has had many millions of hits on You Tube so here is the “white dress” version.

launches a project every month